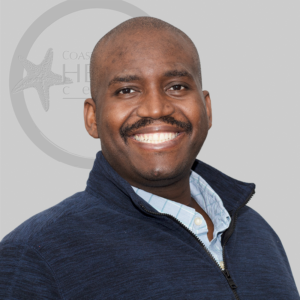 Darron Barfield enlisted in the U.S. Navy and attending boot camp in January 2007.  Darron’s first duty station was National Naval Medical Center in Bethesda, MD, where he spent 3 years on the Mother-Infant Care Center, helping deliver over 750 babies.  At the end of his tour in January 2010, he was selected for his first tour to Camp Arifjan, Kuwait in support of Operation Iraqi Freedom as part of the Medivac Medical Treatment Facility.

After his tour, he was selected to his third command aboard USS George Washington (CVN73) in 2010, where he served as General Duty Corpsman in support of the 2011 Tohoku Earthquake and Tsunami Rescue/Relief Mission in Japan and the 2013 Typhoon Haiyan Rescue/Relief Mission in the Philippines.  At the end of his tour aboard the USS George Washington in 2013, he was selected for his second tour to the NATO ROLE 3, in Kandahar, Afghanistan.  As the Trauma Bay Director of the NATO ROLE 3 Trauma Center, he led troops from all DoD Branches and 10 NATO countries in support of Operation Enduring Freedom.

After his second tour, Darron transferred to Naval Hospital Sigonella, Sigonella, Italy in 2014, whereDarron led a bussing Laboratory Department and earned his Bachelor of Science in Public Health from American Military University.

In 2017, he transferred1st Marine Division Light Reconnaissance Battalion, Oceanside, California, as the Assistant Clinic Director of a Medical, Dental, and Physical Therapy Clinic.  In 2019, Darron earned his Master’s of Healthcare Administration from George Washington University and was was selected as the Deputy Safety Manager at Naval Hospital Lemoore, CA overseeing the safety of the Staff and Patients of the organization.